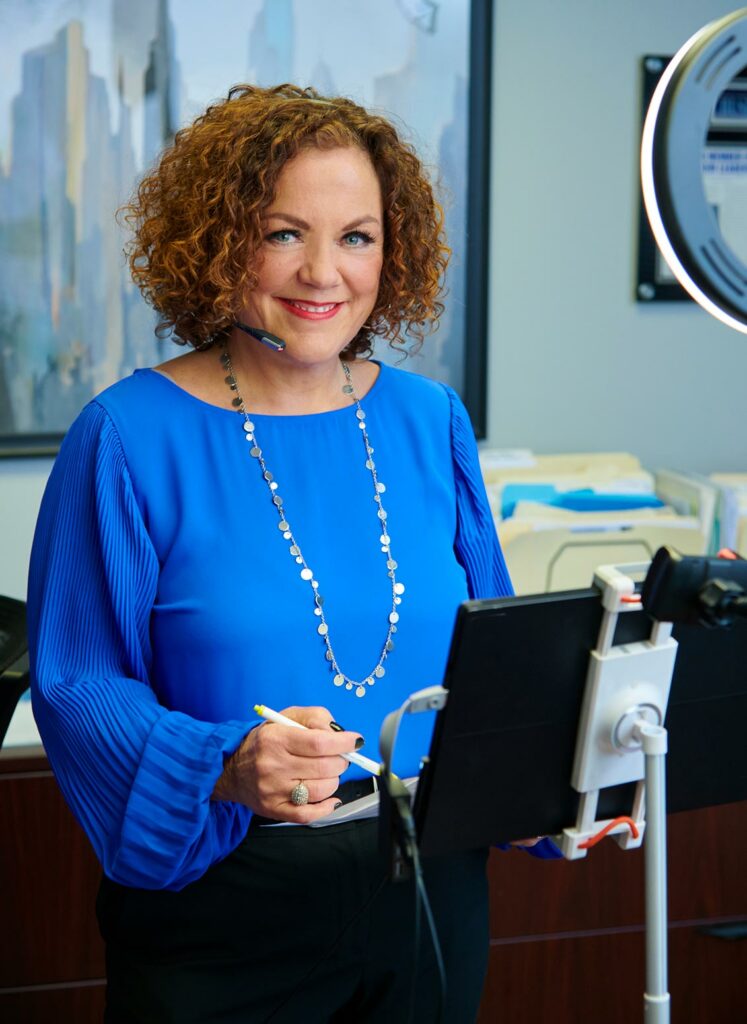 Want to book Donna for a keynote, workshop, or interview?

Helping business owners build businesses that fund the lives of their dreams!

Armed with a high school degree, a heaping dose of God-given talent and pure GRIT, Donna Miller built a 7-figure business that’s a force for good, all while raising a family and enjoying work-life integration.

An overcomer on a mission of excellence

Donna knows hot it feels to fight the odds. She lost 100 pounds (twice, ouch!), is 15 years alcohol-free (despite being raised in an alcoholic home), and was living on her own by 20.

At 32 years old she was ready to buy her employer’s company, but when the offer was unexpectedly declined, Donna was devastated. She could have easily given in or given up.

Instead, she picked herself up, took a course, wrote a business plan, and raised $100,000 to open her own shared office facility. She also got married, became an instant mom to her 2 stepchildren, lost both of her parents, and was commuting an hour to work each way.

But she never looked back. Donna’s successful facility is nearing its 30-year anniversary. She transformed from a micromanager to an inspirational leader, and has learned firsthand what it means to be an overcomer. Leaning into her faith, Donna built a company that is a force for good and now it’s her mission to help others do the same.

“Knowledge is NOT power. APPLIED knowledge is power, and that’s called ACTION.”

The Power of Influence

Your brand is built on your story. When you build your brand, you elevate your leadership status. As you excel as a leader you become an influencer. As an influencer, you become a thought leader – THE trusted advisor and a go-to resource. Influence accelerates trust and creates momentum which drives better results. Period. During this engaging and inspiring presentation, Donna will dive into the importance of building your confidence, walk you through the process of crafting your story, and help you capitalize on brand influence.

“When you fail to plan, you plan to fail.” – Benjamin Franklin.

One necessary, and often dreaded task, on the entrepreneurial journey is creating a business plan. It takes time and effort, research, data and analysis. It’s not easy, but if it were everyone would be a successful business owner. Truth is, you simply cannot skip over this success step. Join Donna as she walks you through how to write your own One Page Business Plan.

In 2020 the line between work and life simply got blurrier and any boundaries we had set in place went out the window as we attended one Zoom meeting after another. On top of that, with our movements restricted by the pandemic, work became our hobby as we worked extended hours just because we could. It’s time to take back some control and create WORK-LIFE INTEGRATION because work-life balance never existed and never actually worked (come on, admit it!)

Join Donna for this fun, interactive and engaging discussion on how YOU can take back control and create some work-life integration. 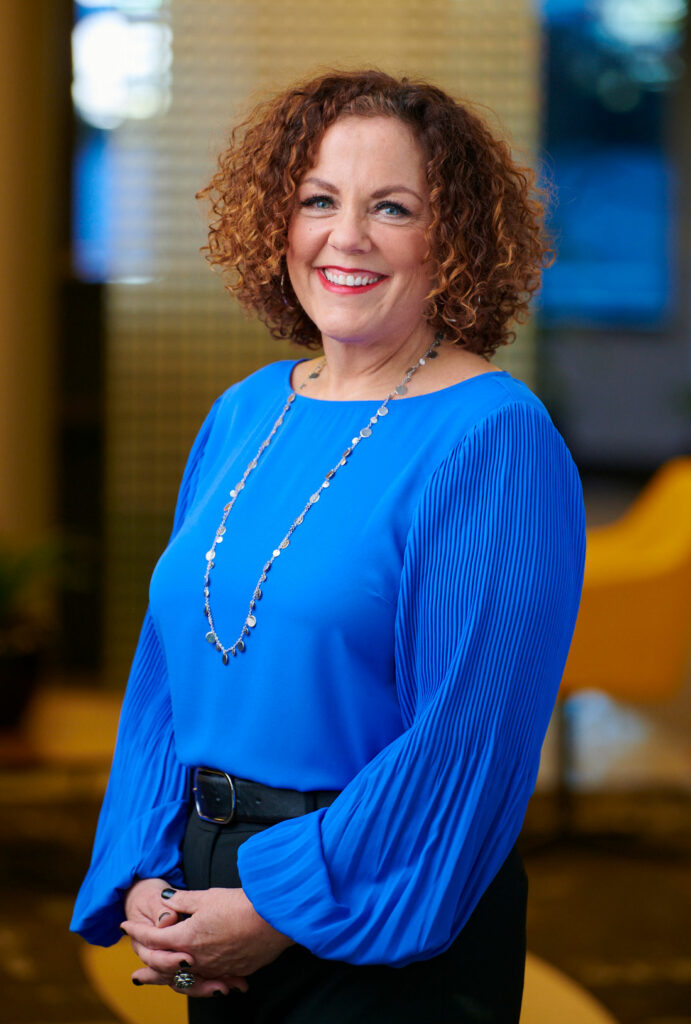 Want to book Donna for a keynote, workshop, or interview?

Don’t just take my word for it…

“Donna interviewed me for an event called Ready-Fire-Aim. She made the entire process so easy – I felt like I was having coffee with a girlfriend. She has the perfect mix of authority and grace. Her interview style was engaging, energetic, and authentic. She did her research and created a flow that made it super easy for me to inject my key points and provide great value for the audience. She is wildly entertaining, mainly because of her raw authenticity – which the world is craving! Truly, she blew me away. If you need an inspirational speaker or moderator, Donna is your GO-TO GAL! ”
– Emily VavraItsEmily.com
Donna recently presented about the power of strategic partnerships at a networking group that I facilitate. She was simply amazing – she delivered the information with clarity, passion, depth of understanding and, most of all, fun! Donna is an outstanding thought leader and I feel so fortunate to have her in my circle!"
– Karen DonawaySKC & Co.
"Recently Donna facilitated a webinar on Work-Life Integration for The WIT Network and it was a raving success. Donna connects with her audience through authenticity and humor. She gives real-life examples of how to make change. She is inspirational and fires your audience up to feel empowered and take control of their lives. We received so many requests to have Donna back as a speaker again. I can highly recommend Donna for speaking engagements as she is well prepared, has dynamic and up-to-date information to share and really knocks it out of the park with the audience."
– Christine BongardWomen in Technology
Previous
Next

Book Donna for a keynote, workshop, or interview. 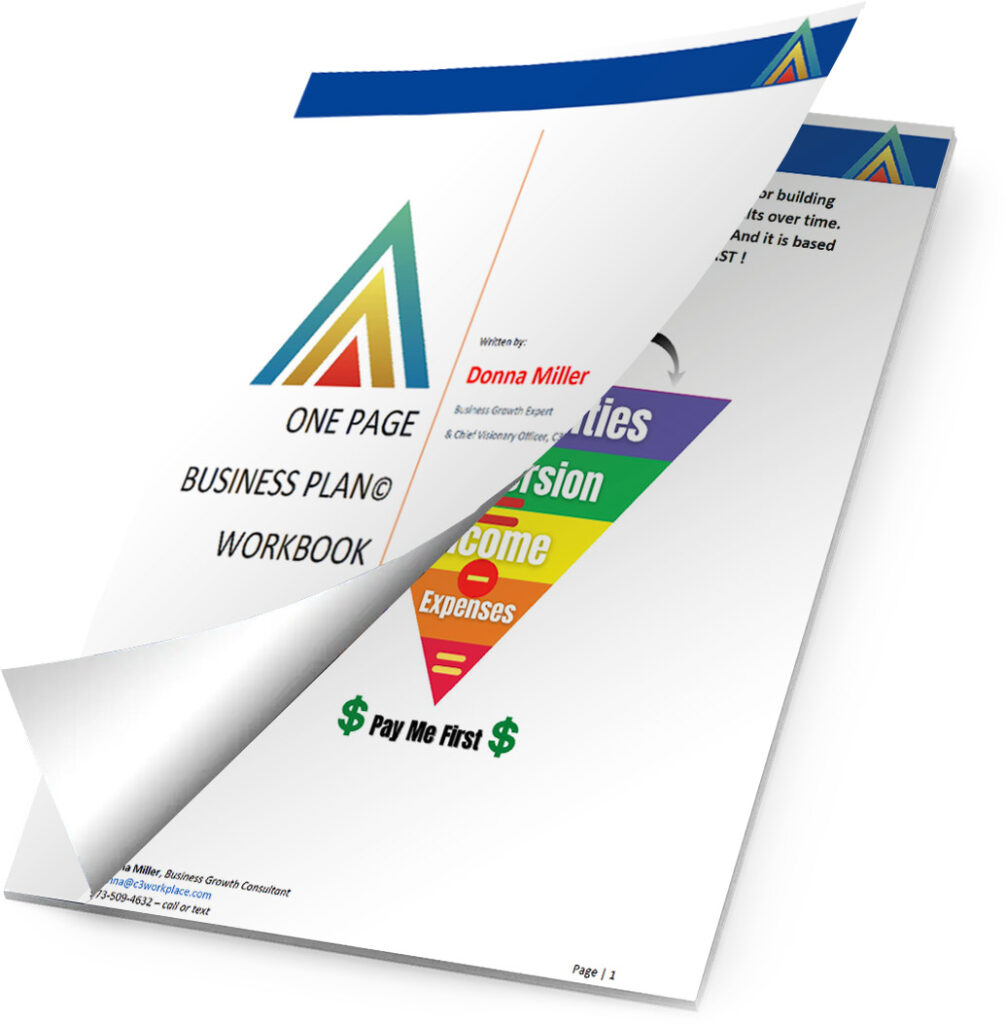 Get my FREE One Page Business Plan Workbook and begin driving massive results.

“Trust in the Lord with all your heart and do not lean on your own understanding. In all ways acknowledge Him and He will make straight your paths.” – Proverbs 3:5-6